A Spice for the Eyes 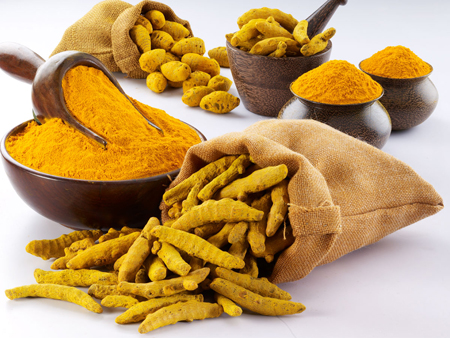 Turmeric, also known as “the golden spice,” has been around for more than 4,000 years. In India, where Radha Ayyagari, Ph.D., grew up, it’s used widely as both a food spice and an herbal medicine for treating a variety of diseases, including cancer, arthritis, urinary-tract infections and digestive disorders. It has been scientifically established that curcumin, the active ingredient in turmeric, is a potent antioxidant. So it’s perhaps no surprise that Dr. Ayyagari, a professor of ophthalmology at the University of California, San Diego, is developing an extract from turmeric that may be useful in slowing retinal degeneration.

Years ago, while reviewing scientific literature, Dr. Ayyagari discovered that curcumin is a catalyst for producing heat shock proteins, or HSPs, which play an important role in ensuring proper cell function. As so-called cellular chaperones, HSPs help prevent the misfolding of other proteins that occurs in the photoreceptors of people with autosomal dominant retinitis pigmentosa (adRP).

Photoreceptors, or rods and cones, are the retinal cells that enable us to see properly. With adRP, usually one parent is affected and has a mutated gene that causes the disease. In turn, his or her child has a 50 percent chance of inheriting the mutated gene. Dr. Ayyagari, an FFB-funded researcher who’s also a member of the Foundation’s Scientific Advisory Board, believes that curcumin may be able to help slow the vision loss associated with adRP.

Not long ago, she tested her hypothesis in a lab by adding curcumin to cultured cells that have the P23H mutation of the rhodopsin gene. Also known as RHO, it’s the gene that provides instructions for making a protein called rhodopsin, which is needed for normal vision. The P23H dominant mutation is one of the most common causes of adRP. Dr. Ayyagari also administered curcumin to a rodent model of the disease, and results from both studies were positive, showing that curcumin helps stall vision loss.

I recently asked Dr. Ayyagari a few questions about her curcumin studies. Here’s some of what she had to say:

How did you get the idea to test curcumin for the treatment of RP?
In India, herbs and spices are commonly used to treat a variety of diseases. Because of its widespread use in treating multiple diseases, I decided to investigate the use of curcumin for RP. Today, many of the drugs that are commonly prescribed are derived from plants. Aspirin, taxol and digitalis are all examples of drugs derived from plants. I think there are a lot more herbs and spices that may help slow disease progression, but they have just not been evaluated yet.

You’re also working on another project, one that’s developing a curcumin-like compound?
Yes. I’ve teamed up with medicinal chemists in synthesizing a curcumin-like compound with 10 times the activity of natural curcumin. In order to avoid systemic side effects, we are planning to deliver the drug directly into the eye. I and my colleagues are currently searching for additional financial support that will help move these studies into human clinical trials.

What else is needed to do that?
Additional research, to further validate the safety and efficacy of the drug in multiple animal models of RP. At high concentrations, curcumin becomes toxic to the body. This is why we developed the drug to directly deliver to the eye. We are currently seeking financial support from non-profit groups and venture capitalists to move this research forward. Research is expensive, and without additional support, we will not be able to move forward.

In addition to her research on curcumin, Dr. Ayyagari is actively involved in trying to identify gene mutations in people affected by retinal diseases. As one of the specific aims in her FFB-supported grant, she is comparing the DNA of individuals affected by RP with the DNA of their unaffected siblings.

In the past, it has been difficult to identify new gene mutations in people with autosomal recessive RP—in which both parents carry one copy of the mutated gene but have no symptoms themselves—because it shows up in one generation, then disappears. By using this novel “DNA comparison” technology, Dr. Ayyagari has identified dozens of new gene mutations in multiple individuals with recessive RP.