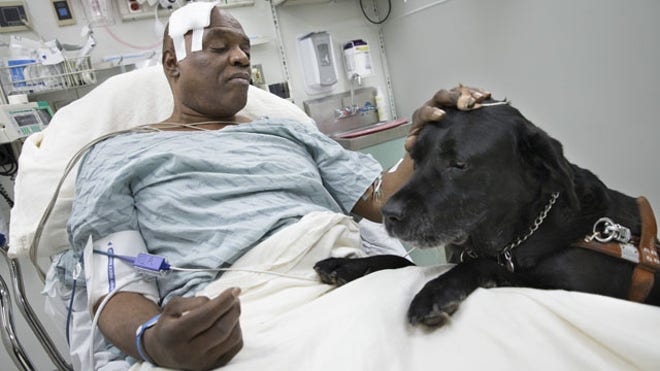 FoxNews.com
December 18, 2013
The blind New York City man who credited his guide dog for saving his life Tuesday when he fell onto the subway tracks said he is going to be forced to give up his dog because the dog is nearing retirement and his insurance will no longer cover him.

The lab, named Orlando, will be 11 on Jan. 5, and will be retiring soon, Cecil Williams, 61, said. His medical benefits will cover a new guide dog but won’t pay for a non-working dog, so he’ll be looking for a good home for Orlando.

“If he had the money,” Williams said, “I would definitely keep him.”